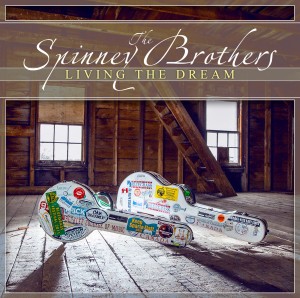 The Spinney Brothers – Preview, Preorder and Purchase Living The Dream
We are so excited to announce the title track of the upcoming album by The Spinney Brothers on Mountain Fever Records has been officially released to radio. “Living The Dream” speaks of the life of a musician who leaves a note for his sleeping wife as he heads out with his fellow bandmates for the next gig, affording him the opportunity to continue living his dream of playing music. It’s a story often told by road warriors and one that is a true-to-life experience for Rick Spinney who co-wrote the song with Ryan Roberts. Preorder Here
Uncategorized

Joe Mullins is the featured guest on My Bluegrass Story this Friday! ... See MoreSee Less