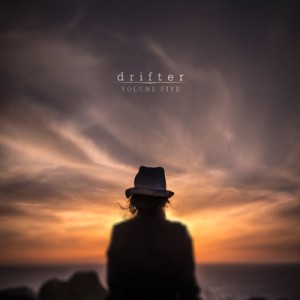 Mountain Fever Records: “I Am A Drifter” — New Music from Volume Five is Available Today!

Mountain Fever Records is pleased to announce “I Am A Drifter,” a new single from Volume Five is available to radio and consumers today! Volume Five’s new album, Drifter, will be released June 24th.
Founded by Glen Harrell (fiddle & vocals), Volume Five also includes the talents of Harry Clark (mandolin & vocals), Chris Williamson (bass & vocals), Patton Wages (banjo & vocals, and Colby Laney (guitar & vocals). These five musicians together truly blend into a band with staying power. V5 has proven just that with their previous recordings on Mountain Fever Records. In 2014 they garnered two International Bluegrass Music Association (IBMA) nominations; Emerging Artist and Gospel Recorded Performance for their album The Day We Learn To Fly. In 2015 they received another nomination for IBMA’s Emerging Artist of the Year and a GMA Dove Award Nomination for Bluegrass Song of the Year for “Daddy Was An Old Time Preacher Man,” a song appearing on their Voices album.
“I Am A Drifter” is the first single from their upcoming album and was penned by another well-known bluegrass artist, Donna Ulisse along with Marc Rossi. “When I got the demo of ‘I Am A Drifter,’ Jerry Salley was singing the vocal,” says Harrell. “The first thing that caught my ear was how Jerry began the song with just a guitar and I felt that was so different, and could make for a great lead off cut on an album. Once the melody and lyrics began to meld, I envisioned this as our first single immediately. It seems to have all the ingredients to stand alone as a solid song while also setting the tone for the entire album.”
“I Am A Drifter” – Listen Now!
“Drifter” is available to radio programmers via AirplayDirect or by emailing radio@mountainfever.com, and to consumers via iTunes and Amazon. The complete album, Drifter, will be available everywhere this June 24th. For more information on Volume Five, please visit www.volumefivebg.com. For more about Mountain Fever Records, visit www.mountainfever.com.
Uncategorized