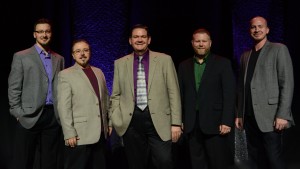 Of their participation in the National Folk Festival, Joe Mullins states, “I attended the National Folk Festival for the first time in the 1990s when the NCTA brought it to Dayton, Ohio. The multi-cultural atmosphere is something I really appreciate. We have entertained at NCTA events in Montana and Massachusetts over the past couple of years. Entertaining and workshopping at the National event will let us introduce Bluegrass to thousands of new fans. Plus, Greensboro is already a great bluegrass market so we expect long time fans to join us for an exciting weekend!”
In addition to the National Folk Festival news, JMRR are also celebrating another #1 song with “The Last Parade” on the Singing News Bluegrass Top 10 for July. Written by Steve Bonafel and based on a true story, “The Last Parade” is featured on the band’s latest Rebel Records release, Another Day from Life. The song has been well received by both radio programmers and fans alike, and afforded JMRR the opportunity to make a donation of $3000 last November to the Patriot Guard Riders™ through the digital download of the song. Another Day from Life continues to climb the charts and is #11 on the National Bluegrass Survey’s Top 15 Albums with the title track coming in at #15 on the Top 30 Songs chart for July.
Uncategorized