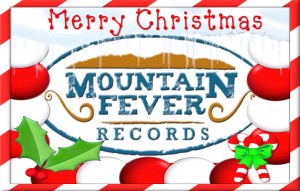 “Tis The Season To Be Jolly” and We’ve Got A Lot to Be Happy About!

The Elves Are Causing Quite A Stir!

Our very own elves have been extremely busy releasing new music, jetting about the country, appearing in the news, and even making commercials. In fact, it’s kind of hard to keep up with everyone but we’re doing our very best with this short list of highlights. Be sure to click on the links with the following headlines to connect with everyone personally and keep up with all the latest happenings!

• Alan Bibey & Grasstowne had every song on their 12-track album, Grasstowne 4, appear on the Top 20 Songs chart
• Breaking Grass began recording their new album to be released in 2017, ventured into Canadian territory for the first time, and made a large investment in hair care products
• The Churchmen released their first ever concert DVD
• The Darrell Webb Band released “If You’re Thinking You Want A Stranger”, the first single from their upcoming album, Lover’s Leap, available 2/10/17.
• Dave Adkins released his self-titled album and earned a #1 on Billboard’s Top 10 Albums Chart
• The Deer Creek Boys released their debut album, What Goes Up
• Gold Heart stole hearts while touring Europe for the very first time and have done a fine job with the Arts in the Schools program
• The Gospel Plowboys released Welcome Home
• Heidi & Ryan (formerly Kentucky Mountain Trio) signed with Mountain Fever and released their self-titled album
• Irene Kelley released These Hills and is featured in Country Music People
• Junior Sisk & Ramblers Choice released Poor Boy’s Pleasure, won IBMA’s Recorded Event of the Year for “Longneck Blues” with Ronnie Bowman and charted on Billboard’s Top 10 Albums
• Mountain Faith won IBMA’s Emerging Artist of the Year, appeared on WSM 650AM, debuted on the Grand Ole Opry, and filmed a commercial for University Ford
• Mountain Fever Records released “Going Back To Bristol” featuring Shawn Camp, the first single from Mac Wiseman – I Sang The Song, due for release 1/20/2017
• Nothin’ Fancy released Where I Came From
• Super group, Section House released a collection of instrumentals
• Sideline released Colors & Crossroads and made their debut on Billboard’s Top 10 Albums Chart
• The Spinney Brothers released Living The Dream and their first ever Christmas single, “Merry Christmas Everybody.”
• Volume Five released Drifter, which debuted on Billboard’s Top 10 Albums Chart and won Album of the Year from the Bluegrass Association of Iowa
• Wyatt Rice and Dan Menzone Alliance released Something Out Of The Blue

Reindeer Reviews
Rudolph with his nose so bright didn’t receive the greatest of reviews early on. That couldn’t be further from the case with the latest reviews of our artists’ music! Check out what folks are saying about all this great music!

Candy Cane Chart Makers
News of our artists making the charts is sweeter than all those candy canes you’ll be eating this month! Would you just look at this!
Billboard’s Top 15 Album – 12/3/2016
#6 – Colors & Crossroads – Sideline

With Much Love from the Staff of Mountain Fever Records,
♦ Mark, Melody, Kimberly, and Missy ♦

Joe Mullins is the featured guest on My Bluegrass Story this Friday! ... See MoreSee Less